Written when I was absorbing the bad news a friend had received, this poem aimed to take a positive view of what the longer term might bring. The story is not that of my friend's illness, but takes an imaginary scenario beyond the initial blow of the diagnosis of serious illness and shows hope can still bring a better future. 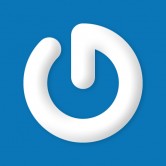 Face down in the mud, he paused before he rose
"Women pay a fortune and I'm covered to my toes"
Back among the runners, he tried again to jump
Over the high barriers, but he really got the hump
When soon for the third time he took a mighty fall
"You'd think that after all these years my feet would now play ball"

Some weeks went by before he had to go and seek some help
With pains rising up his legs that often made him yelp
He's waiting for the test results, the last one in the room
A sense of foreboding casts a heavy mist of gloom
The nurse came out to call him, with care he found his feet
And shuffled as he made his way, the specialist to meet

"Degenerative problems within your spinal cord
Sadly it's not the best news that you've ever heard
We can offer some medication to ease the pain a bit
A cure is not an option, it's not something that you did."
"Within a few months maybe a wheelchair you will need
Driving wont be easy, but with controls you should succeed"

"Did someone come here with you, it's very hard news I know
Perhaps we can help a little, call a taxi for you when you go?"
A blow like that can often make your heart stop for a mo
And as he thanked the big man, he felt his was running slow.
I'll have to rethink everything, I feel I need a drink
Never did I imagine that, so low my luck would sink

Seven years later, his fortune made in print,
He looked back on that moment which had really made him think
I don't think that if I walked still, I'd have all of this fame
There is no doubt about it, life is a strange old game!
He turned and met the smiling face of the one he loved
She was his nurse, his carer, surely sent from up above

Well that's what some would tender as a reason she was there
But he knew that in reality, the agency had sent her to care
In the first weeks it was hardest, giving up his rights
To walk and take his own baths, but then he thought one night
Something in her eyes and smiles gave her love away
And inspired by her beauty, he wrote his first hit play

Well now prospects grow again, new treatments are to hand
With special cell grafts he might once more come to stand
And off they flew to visit, some great medics overseas
Men that maybe had the means to cure his harsh disease

Even when all hope seems useless, when you want to sit and cry
Read once more this story, and perchance you too may try
To rise again and prosper, and triumph at the last
Never give up on your life till the last runes have been cast.