drab plumage is the first of my 2015 Post-It Note Poems, a series of poems produced for the Post-It Note Poety event begun by Adam Byatt and Jodi Cleghorn in 2013. An online poetry extravaganza encouraging poets and non-poets to write poetry without fear of judgement. Check out the twitter hastag #postitnotepoetry This particular poem began as a Haiku and I have attempted to turn it into a Tanka. 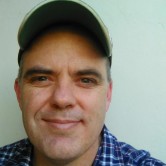